Friday we discussed “When I Survey the Wondrous Cross”. The good news is Jesus didn’t stay dead. On Easter Sunday one of the most common hymns you hear in a service is “Christ Arose.”

The hymn was written by Robert Lowry, a pastor and musician. Lowry served churches in New York, New Jersey, and Pennsylvania. He was a graduate of Bucknell University, where he also served as a professor and received his doctorate.

While having his daily devotion at Easter time in 1862 the words to “Christ Arose” came to him. The hymn was inspired by Luke 24:6-8, specifically the part that says “He is not here, but is risen.” He immediately wrote out the words, and having an organ in his house, sat down and wrote the score. He said “My brain is sort of a spinning machine, for there is music running through it all the time.” 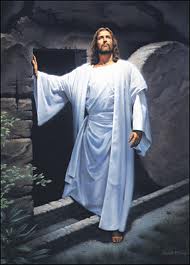 “Christ Arose” was first published in 1875. The hymn shows the contrast between the moods of the death and resurrection, with a vigorous tempo used in the refrain to express that Christ was indeed risen.

Lowry’s songs often paint word pictures. He usually wrote the words and tunes at the same time. Others hymns include “Nothing But the Blood,” “I Need The Every Hour,” Marching to Zion,” and “Shall We Gather At the River”. Later in his life, after the death of William Bradbury, he became the editor of Biglow Publishing Company. His songbook, “Pure Gold”, sold more than one million copies.