“They kept it up to the very end. Only the engulfing ocean had power to drown them into silence. The band was playing ‘Nearer, My God, to Thee.’ I could hear it distinctly. The end was very close.” -CHARLOTTE COLLYER, TITANIC SURVIVOR

We have all heard the stories of how the Titanic orchestra played until the ship went under. Still…little is known about these brave men.

A little bit about the band to start with. The band played for the First and Second Class passengers. The White Star Line provided a song book for the musicians. They were expected to memorize all of the songs and play for the passengers upon request. Third class passengers brought their own instruments and provided their own entertainment.

Who were these men?

Wallace Henry Hartley, Titanic’s bandleader, was born in Colne, Lancashire, England in 1878. He was introduced to music at an early age by his choirmaster father. He introduced the congregation of his church to the hymn “Nearer, My God, To Thee.” He worked for a bank for a short time before joining Huddersfield Philharmonic Orchestra. In 1903 he joined the Bridlington Municipal Orchestra and stayed there for six years. In 1909 he joined the Cunard Line and served on their liners RMS Lucania, RMS Lusitania and RMS Mauretania. During his stint with Cunard, the agency C.W. & F.N. Black, took over to supply musicians for the Cunard and White Star Lines. This bumped Harley and the other musicians up from crew to second class passengers. When he was assigned to lead the band on the new RMS Titanic, Hartley was hesitant to leave his new fiancée, Maria Robinson. He decided the opportunity and contacts was too great an opportunity to pass on. Hartley’s body was found two weeks after the sinking. He is buried in Colne, England and a huge memorial stands there in his honor. 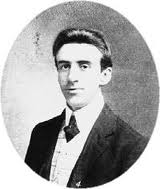 Theodore Ronald Brailey was born in 1887 in Essex, England. He was the pianist on the ship. He served for the Royal Lancashire Fusiliers regiment from 1902-1907 in Barbados. In 1911 and early 1912 he played on the RMS Saxonia, and RMS Carpathia. He was 24 at his death and his body was never recovered.

French cellist, Roger Marie Bricoux, was born in 1891 in rue de Donzy, Cosne-sur-Loire, France. His father was a musician and the family moved to Monaco when he was a young boy. He learned music in the Italian Catholic Church and Paris Conservatory and won a prize at the Conservatory of Bologna for musical ability. He served with Theodore Brailey on the RMS Carpathia. He was the only French musician on the Titanic. His twenty year old body was never found. France did not declare him legally deceased until the year 2000.

John Law Hume, violinist, was born in Dumfries, Scotland in 1890. He was better known by his nickname, Jock. He had a good reputation as a musician and had previous been on at least five other ships. He died at the age of 21 and his body was recovered. He was buried in Fairview Lawn Cemetery, Halifax, Nova Scotia, Canada. A memorial was erected for him in his hometown of Dumfries. He had no idea that his fiancée was pregnant with his child {a daughter} when he died. After the sinking his father was sent a bill from C.W. & F.N. Black for the uniform. He never paid the fine. 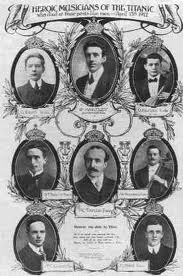 Georges Alexandre Krins was born in Paris, France in 1889 and was the Titanic’s violinist. In Belgium, he won first prizes and was held in high distinction as a violinist. After a number of other positions, he played at London’s Ritz Hotel for two years before joining the Titanic. He was the leader of the trio that played in the A la Carte restaurant. He was 23 years old when he died and his body was not recovered.

John Frederick Preston Clarke played the bass violin and viola. He was from Liverpool. He was 35 when he perished and his body was picked up and buried at Halifax Nova Scotia.

Percy Cornelius Taylor played the piano and cello on board ship. He was from London and his body was not found. 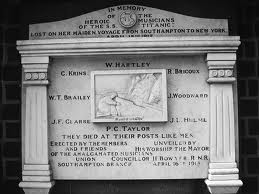 John Wesley Woodward was born in England in 1879 and played the cello. He had been playing music on White Star Line ships since 1909 and was on Titanic’s sister ship, Olympic, when she collided in 1911 with the HMS Hawke. He was 32 years of age when he died.

Only the bodies of Wallace Hartley, John Law Hume and John Frederick Preston Clarke were recovered and identified. They were buried in the different cemeteries for Titanic victims. Wallace Hartley’s funeral was on the level of a State Funeral. Monuments have been erected and dedicated to several of these brave heroes.